Although the most important thing happening today is Noah’s Bar Mitzvah, with Her Majesty the Queen’s official birthday coming in a close second, there is something else we are all celebrating not just today, but all month. This month is known as ‘Pride’ month. A time to celebrate the riches that being part of a diverse community brings, a time to honour the many battles our LGBTQ+ friends and family have had to fight over the decades, and a time to remember that often, that fight is not yet over.

Noah taught us today that teshuvah, tefillah and tzedakah, usually the focus of High Holiday sermons, are how rabbinic Judaism replaced the sacrificial system that dealt with guilt. It struck me this week that these three might be excellent tools to being effective campaigners and allies in Pride month. It might even change us communally and individually for the better well beyond Pride month.

Let’s start with Teshuvah. Teshuvah literally means to return, and is a part of healing our relationships, but to do this we have to acknowledge what caused the distance first. We must acknowledge where we have got things wrong. I am proud of Reform Judaism for campaigning on equal marriage and for offering same-sex Jewish marriage from 2005 onwards, even though it was not then legally recognised. But as a movement we were slow to do this. We were not the first, and we hurt many couples. And of course our own Torah has been used for thousands of years as a blunt tool of oppression. Many rabbis have suggested ways of re-reading the Levitical laws seeming to forbid certain relationships, or indeed that we have misread the text, but regardless of how we might either reinterpret or simply discard those teachings that we see bring pain and prejudice into the world, we also have to acknowledge that they have created huge suffering and pain throughout history.

Among our young people I still hear ‘Gay’ used as an insult, inferring they have already come to associate something negative with what is simply love. While huge strides forward have been made, there is still work to do. We need as a part of teshuvah to say sorry, and to acknowledge our errors and the hurt caused. Teshuvah though is only complete when we don’t repeat our mistakes.

Our second T is Tefillah- prayer. Thoughts and prayers are very nice, but as Americans pointed out after a gay bar in Orlando suffered a mass shooting in 2016, thoughts and prayers don’t create change. Or as one of my favourite artists, Jewel, sings ‘If praying were enough, it would have come to be’. The Pulse Bar shooting, which happened 5 years ago today, was the deadliest attack on the American LGBTQ community in history, and this week it was announced that the site of this shocking atrocity will become a memorial. Another reminder that there is work in the world to do. But how does prayer help?

In Hebrew, Tefillah is a reflexive verb – it is something we do for or to ourselves. Prayer is intended to help us take time to change ourselves. It is also there to encourage us to change the world beyond these beautiful synagogue walls. The mitzvah of tefillin, which you are now able to fulfil Noah, should you want to, has us bind small boxes with the words of the shema to our foreheads and to our arms. When I was taught to ley tefillin, it was explained to me that the act of binding one arm creates a necessary reminder during the prayers that if the words we say are not reflected in our actions, they have not finished their work. So when we pray for healing, or we pray for peace, we are at least in part praying that we should be empowered to bring healing, that we should be a part of helping to create peace, in the world beyond our houses of prayer.

The last of our tools is Tzedakah- commonly translated as charity, the Hebrew word has at its root tzedek – righteousness. Creating more righteousness in the world can be helped by charitable donations, but it can also mean giving our time to education, celebrating the righteousness contributed to the world by our LGBTQ friends, family and fellow congregants, and remembering that the community has often suffered from receiving a distinctive lack of righteousness from the world. In April of 1987, Princess Diana shook hands with an unidentified AIDS patient at a London hospital. The righteousness in that simple act was one of many that slowly slowly began to turn the prejudice felt against AIDS sufferers, particularly those who were Gay men. But there were many less well known acts of righteousness. Ruth Coker Burks, for example, known as the cemetery angel. Ruth used her salary as a real estate agent to care for AIDS patients whose families and communities had abandoned them. Due to the stigma surrounding the disease at the time, she was often the patients’ only caregiver until they eventually died. She also buried more than forty AIDS victims in her family cemetery in Arkansas. Her tzedakah was not only financial, but were daily acts of righteousness that had to push against the prevailing fears of the day.

In a newly published book on allyship, Rabbis Sharon Kleinbaum and Mike Moskowitz teach that in Mishna Avot (6:6) we are told that in order to acquire Torah, one must share in the burden of one’s friend ‘nosei v’ol im chaveiro’. They go on:

‘The Maharal of Prague explains that if the Mishna wanted us to simply support others in their struggle, then the Mishnah would have written ‘nosei im chaveiro v’ol’ – to share the burden with our friends. By requiring us to share in the burden of one’s friend, the Mishnah is asking us to personally take on the burden and relieve the one being pressed down by it’.

They explain that the Maharal lists this as the last of the 48 ways one can acquire Torah, making it the culmination of the previous 47 ways. It is not a simple step to suddenly get it all right, and to be an ally. It takes work and commitment. And of course we are not all allies. Many of us in this community are also a part of the LGBTQ communities.

We are proud to welcome everyone, and to struggle together to make the world a kinder place, that celebrates love in all the colours of the rainbow, and honours everyone regardless of the body they are in. But the work is not completed, or to once again quote Pirkei Avot: Lo Alechah Hamlechah ligmor, Lo alechah ligmor. It is not your job to complete the work, but neither can you refrain from it. We can all be a part of doing Teshuvah, acknowledging the mistakes of the past, Tefillah, using our words and our actions to improve things, and tzedakah, putting our resources into projects and actions that celebrate and support the LGBTQ+ family.

I pray that there will be a time when there is no more to do, but I can’t just pray for that time. Working together as a community, while also doing our own Teshuvah, Tefillah and Tzedakah, we will continue to make things better.

Cain Yehi Ratzon – May this be God’s will, and let us say. Amen 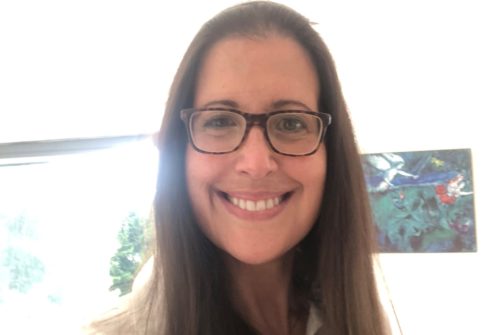 Shabbat Vayechi – Embracing all of who we are
What do we want to remember and how do bless our children for the future?