EHRS Together Groups are all about making our congregation of over 3000 people a place where we know each other and are can find people who share their interests. It’s a great way of making sure that more and more of our members find the people within the Synagogue that we would especially enjoy getting to know. It is based on a very successful model that has been developed by a number of other large Synagogues around the world. Two great examples are Central Synagogue in Manhattan’s Core Groups click here, and The Temple of Atlanta, Georgia’s Temple Connect Small Groups click here.

Together groups are a natural way of bringing our community together, person by person and helping our Synagogue to be more and more. It is a way of building great relationships in our lives with people we do know and with people we don’t. If you have a group you might like to get going please contact any of our Rabbis, Marian Cohen or Val Joseph at the Synagogue and we will be delighted to help you.

Our current and proposed EHRS Together groups are listed alphabetically below. 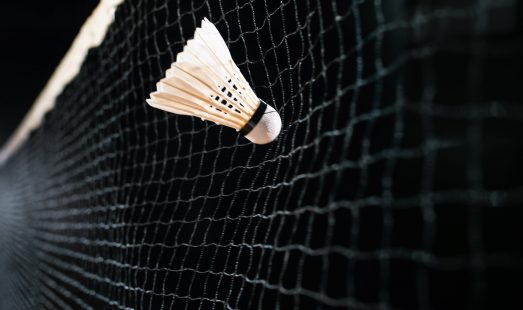 Do you play, did you play or do you want to play Badminton?

Come and join us each week for a friendly doubles game or two in a non-competitive environment. 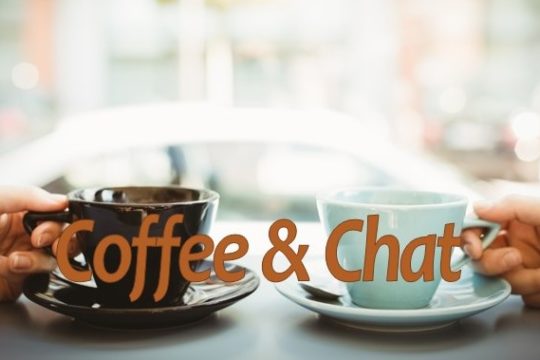 Our tea and coffee mornings take place in the EHRS lounge every second and fourth Wednesday of the month for those on their own who would like to meet others in the same situation. 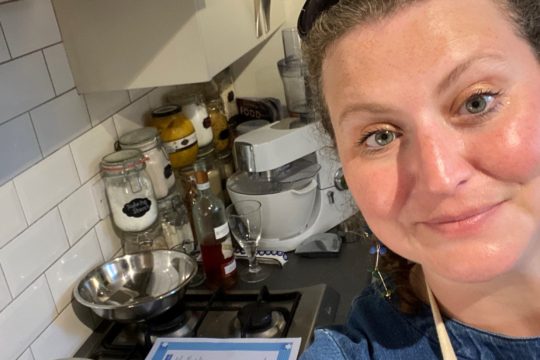 Join our monthly Cookalong’s where we create delicious treats together with all different types of foods, led by Rabbi Debbie and open to all adults who would like to join us.

Wednesday 22 February, 20:00
Welsh Cakes: Join Anna Flash in the EHRS kitchen to make your very own Welsh Cakes, and hear about how they form a part of her heritage! Registration essential as space in the kitchen is limited. Please click here to book

Please click here to register your interest in our cookalongs 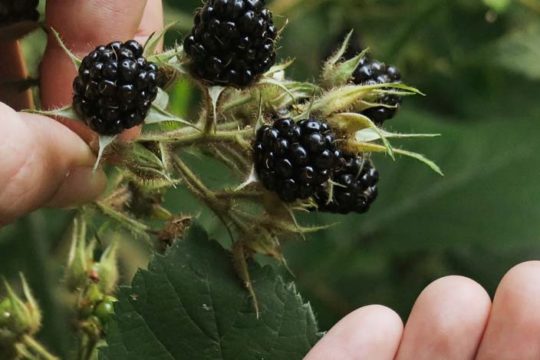 During the special Jewish Year known as the ‘Shmita’ or sabbatical, we are looking forward to learning with our member Peter Bradley about local foraging opportunities through the seasons. 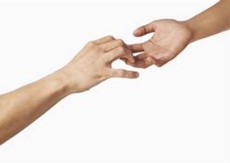 This recently established informal, friendly and caring social group is for those aged 60 plus who lost their partners during Covid or in recent years. 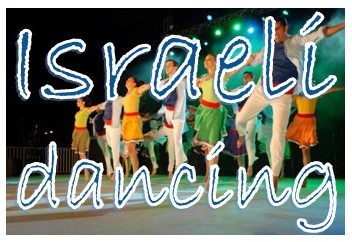 Please join us for our Israeli Dance Class at EHRS. This class is for all adults and runs weekly.

A warm welcome to all who want to join us for this energetic and fun morning. 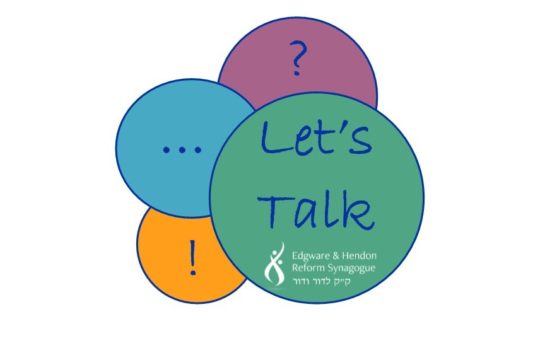 If you are the parent of a teen who is battling an eating disorder, you might like to chat with other mums and dads in a similar situation to share your struggles, exchange tips on how to cope or just know that you are not alone. 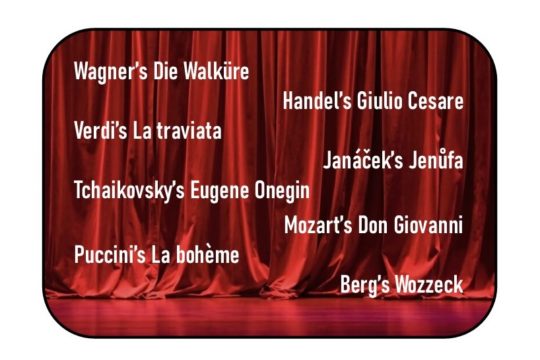 Are you interested in attending an opera appreciation group at EHRS with other like-minded members? We have a member who is keen to start this group.

If this appeals to you and you would like to find out more please click here to register your interest for this group. 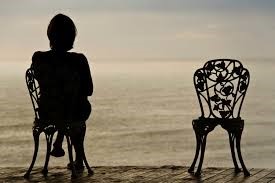 Following on from the success of Genesis, a recently established bereavement group for those who have recently lost their partners and which is now full, there is demand for another group.

This group will be for those in their 70s and bereaved, who would like to meet others in a similar situation with a view to doing things together.

If this appeals to you and you would like to find out more please click here to register your interest for this group. 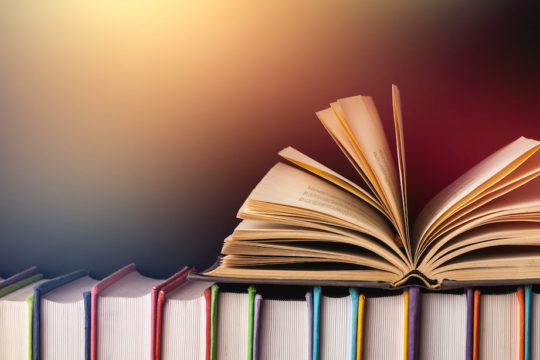 The ‘Rabbi Kraft Memorial Book Club’, was set up in memory of our dearly missed Rabbi Neil Kraft z”l. Rabbi Kraft was a keen reader and we’re sure that he would have been pleased with this new venture. As a tribute to Rabbi Kraft we will include books which touch on the values he was most passionate about, such as understanding and caring.

We will meet on the first Tuesday of each month (unless specified)
For more information about the book club and your suggestions for future books to discuss, please email education@ehrs.uk 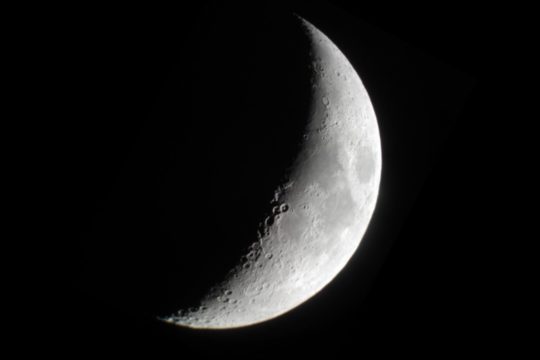 The New Moon is a traditional women’s holiday, but this monthly study group is open to all.

Rabbi Debbie welcomes everyone who would like to learn at this monthly group in person and on Zoom. Please email admin@ehrs.uk for Zoom details.
Throughout 5782 (2021-22) our monthly Rosh Chodesh (New Moon) group is deepening their knowledge and engagement with Jewish rituals, ancient and new, sometimes a bit of both!

A New Series for 5783: Sun and Moon – Both Give Light
For this new year of months, we will be inviting guests who might typically be seen to have opposing view points, and exploring how they hold space together despite their differences.

Thursday 23 February, 20:00
Rosh Chodesh Adar: Join our Director of Education Marian Cohen as we ask Are Jewish Day Schools good for the Jews?

Thursday 23 March, 20:00
Rosh Chodesh Nisan: We are delighted to be able to reschedule this much requested discussion! Rabbi Debbie will be joined by her husband, Rabbi Gary Somers, who received Orthodox semichah in 2019 in the area of kashrut. How does a Reform Rabbi build a life with an Orthodox Rabbi? 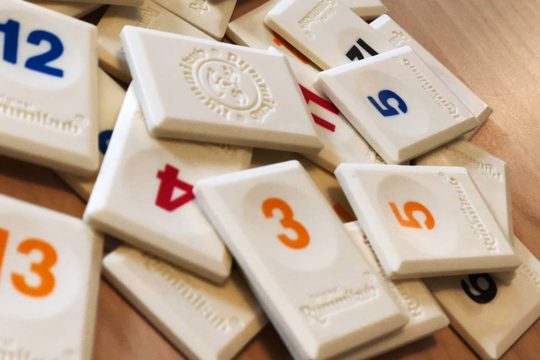 Do you love playing Rummikub? This new Together Group will take place fortnightly on Tuesday afternoons, 14:00-16:00, starting on 25 April.

If you are interested please join this friendly group at EHRS. 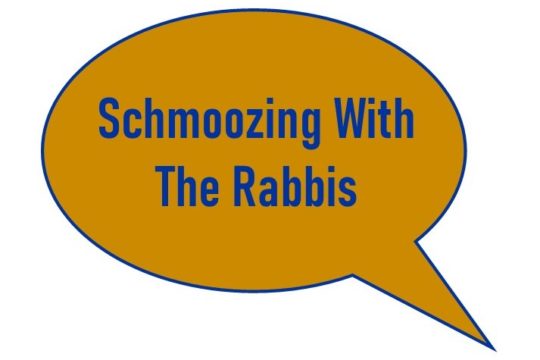 Schmoozing with the Rabbis

New Options: For the active retired and semi-retired (60 plus)

Join our Rabbis for a light hearted topical discussion, in an informal setting, in person at EHRS 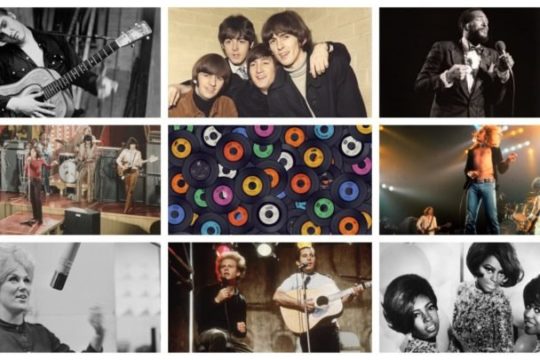 If you lived through the 1960s or just love 60s music, then this group is for you!

From Cliff Richard, Elvis Presley, Roy Obison, Neil Sedaka, Marty Wilde, Billy Fury, The Beatles, The Rolling Stones, and The Supremes, to great singers such as Matt Monroe, Dusty Springfield, Tom Jones, Scott Walker, together with many other memorable groups and singers from that era.

We look forward to welcoming you each month with videos and songs on very informal basis, where we will play many of your favourites! Hosted by Richard Hartman. 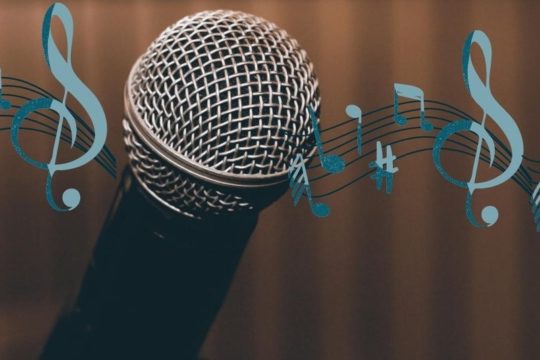 Do you enjoy singing in the EHRS service and are in awe of the choir?

The Singing Circle is an opportunity for anyone who doesn’t have perfect pitch to sing a medley of EHRS favourites and learn some new Hebrew songs based on short texts which will be transliterated. We can always throw in some English hits of yesteryear. And you don’t have to read music.

Join Lawrence Cohen, your song leader, for an hour of joyous harmonies! This group runs weekly at EHRS. 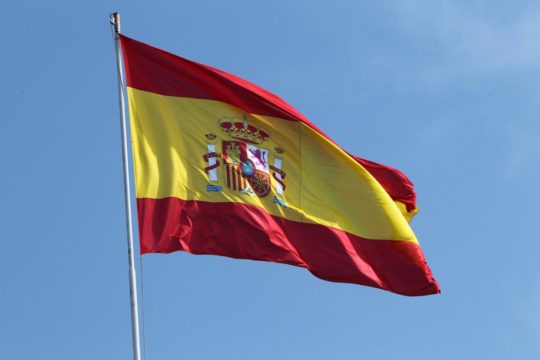 Hola, hablas español? Do you speak a little Spanish? Want to brush up your Spanish conversation in person?

This EHRS Together Group is for those who wish to improve their Spanish and runs fortnightly.

We now have 2 leaders who facilitate the group and are there to help. 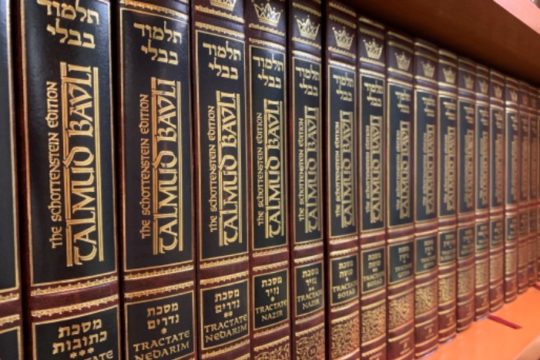 EHRS’s stimulating and friendly Talmud class is open to all levels of Jewish knowledge. During Rabbi Mark’s Sabbatical, Rabbi Tanya will be teaching the class. Join the discussion of 2000 years ago and its remarkable relevance to issues today.

No previous Talmud study experience necessary, just a thirst to get deep into the foundational texts of Judaism.

This class is conducted online through Zoom as discussion and argument is what it is all about!

Please email rabbi.tanya@ehrs.uk to get the Zoom details and the Talmud texts we are studying.

Please click here to book your place and you will receive the Talmud texts we are studying. 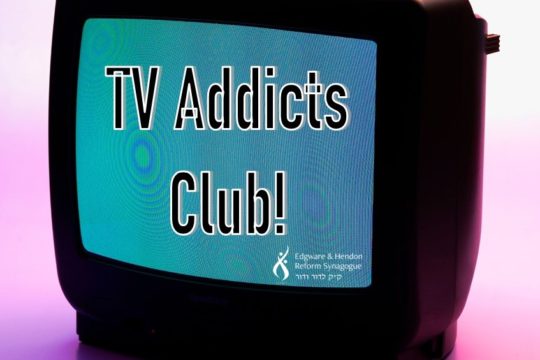 Do you enjoy documentaries, TV shows, and films? Do you like films but not the cinema?
This Together Group meets fortnightly on a Thursday evening, 19:30-22:00 to enjoy brand new and old classics of TV and film. Come along and meet people with the same enthusiasm and relax in front of the box, safe and comfortable, with delicious treats to enjoy whilst we watch.

The TV Addicts Club returns with our ‘Based on a True Story’ series of films.

Thursday 9 February, 19:30-22:00: ‘The King’s Speech’
2010. Starring Colin Firth, Helena Bonham Carter, Geoffrey Rush
England’s Prince Albert must ascend the throne as King George VI, but he has a speech impediment. Knowing that the country needs her husband to be able to communicate effectively, Elizabeth hires Lionel Logue, an Australian actor and speech therapist, to help him overcome his stammer. An extraordinary friendship develops between the two men, as Logue uses unconventional means to teach the monarch how to speak with confidence.

Thursday 23 February, 19:30-22:00: ‘Saving Mr Banks’
2013. Starring Emma Thompson, Tom Hanks, Colin Farrell
Spurred on by a promise he made to his daughters, Walt Disney embarks on what would become a 20-year quest to obtain the movie rights to “Mary Poppins.” The author, P.L. Travers, proves to be an uncompromising curmudgeon who has no intention of letting her beloved characters become mangled in the Hollywood machine. However, when the books stop selling and she finds herself in need of money, Travers reluctantly agrees to consider Disney’s proposition.

Thursday 9 March, 19:30-22:00: ‘The Impossible’
2012. Starring Ewen McGregor, Naomi Watts, Tom Holland
In December 2004, close-knit family Maria, Henry and their three sons begin their winter vacation in Thailand. But the day after Christmas, the idyllic holiday turns into an incomprehensible nightmare when a terrifying roar rises from the depths of the sea, followed by a wall of black water that devours everything in its path. Though Maria and her family face their darkest hour, unexpected displays of kindness and courage ameliorate their terror.

Thursday 23 March, 18:30-21:30: ‘Woman in Gold’
2015. Starring Helen Mirren, Ryan Reynolds
Sixty years after fleeing Vienna, Maria Altmann, an elderly Jewish refugee takes on the Austrian government in an attempt to reclaim family possessions that were seized by the Nazis. Among them is a famous portrait of Maria’s beloved Aunt Adele: Gustave Klimt’s “Portrait of Adele Bloch-Bauer I.” With the help of young lawyer Randy Schoeberg, Maria embarks upon a lengthy legal battle to recover this painting and several others, but it will not be easy, for Austria considers them national treasures.
As this will be the last in this series of the TV Addicts Club, we will be offering at light buffet supper from 18:30, the film will start at 19:30. £5 donation towards food, 20 places available. Please click here to book. 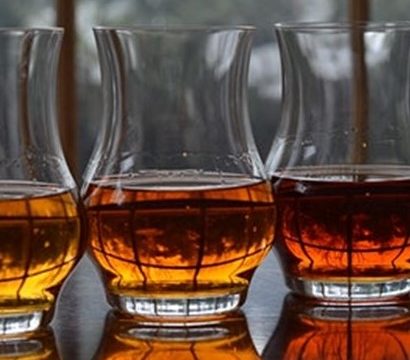 Join us at EHRS for an evening of whisky tasting where you can sample different whiskys and chat about your favourites with others who share the same love for this delicious tipple.

Members are asked to supply whisky which we can all have a taste of. Please bring your own whisky tumbler if you so wish, though small disposable shot glasses will be available.

Light refreshments will be provided. Hosted by Laurence Stein. 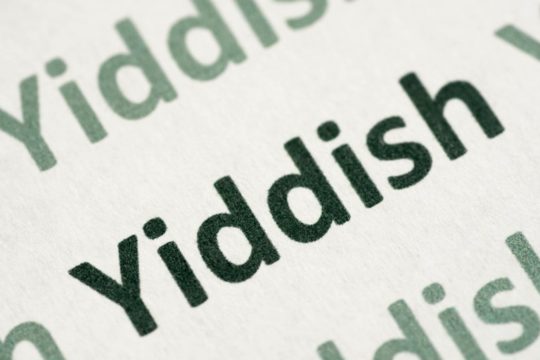 Do you speak Yiddish? We are gauging interest for a Yiddish redendike Together Group.

We’re not entirely sure what form this would take just yet, but it’s likely to be a conversation group for us to shmues af mame-loshn.