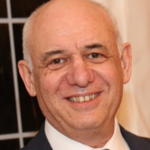 Perry joined EHRS (or EDRS as it was then) in 1986. He has held many voluntary roles including Senior Warden, Council Member, Honorary Secretary, Asst Treasury, Vice Chair and temporary chairman. He ran his own IT company for many years specialising in Internet and Web developments. Having semi-retired, he was synagogue manager at Sharei-Tsedek North London Reform Synagogue for eight years and then joined EHRS in 2016 as Community Director. He is married to Linda, who is a medical secretary. 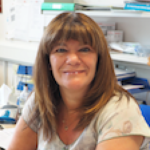 I have had a connection with EDRS and now EHRS for most of my life as my parents have been members for many years and joining in my own right with my husband. Our children went to Sunday clubs and my son then went on to be a summer scheme leader before going off to university. I started work at EDRS in December 2013 as part of the Administration Team, to say that my job is varied would be an understatement as there are never two days the same, I enjoy working for the synagogue and being part of the community. Out of my working hours I enjoy socialising with friends and family, keeping fit and enjoying life. 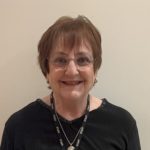 I am an ex South African and have been living with my husband in the UK for 7 years. We have just become British citizens and enjoy the lifestyle here very much. I have been working at EHRS for 4 years now and enjoy the position of receptionist, meeting new people and keeping busy all day. Developing strong relationships is the foundation of everything I do, both professionally and personally.

Outside of work, I am keen on sewing, cooking and meeting up with friends. I have three daughters, who live in Sydney, Auckland and one thankfully who lives here. They each have two children and my husband and I are very excited to be travelling to Australia and New Zealand in October to celebrate our grandson’s barmitzvah and granddaughter’s batmitzvah. This will be the first time in 10 years that the whole family will be together.

My favourite TV show has been Shtisel and I look forward to another series.

I am an Administrative Assistant to the Office Manager and have had many years’ experience of working in an administrative capacity, including for various schools and Oxford Brookes University. I have two grown-up daughters and a grandson who live some distance away, but I try to see them as often as possible.

I am just approaching my sixth year as PA to the rabbis an incredibly interesting and challenging position. Previously I worked for 26 years at the Sternberg Centre, the Head Office of Reform Judaism in various roles, assisting many if not all of both Liberal and Reform rabbis. I am member of the United Synagogue and have been all my life, but if I had to choose another synagogue EHRS would be top of my list. I love the services here and the activities on offer are amazing. My passion and interests are largely family, especially my grandchildren Ella, Harry and Sadie Rose who was born last month. Sadie is named after my mother Rose who died last May and who had lived to be a remarkable 100 years of age. My interests include reading, music, and creative writing be it in a small way. I am writing diaries for each of my grandchildren who may or may not read them when they are older. I also have a granddog Alfie but he doesn’t have a diary.

Our family became members of the Synagogue in 1992. My children joined the Religion School at various stages, both sons having their barmizvahs at EDRS, and my husband was also employed there for many years. I started working at EDRS in 2003 and have undertaken a variety of part-time roles in both the administration and accounts departments. 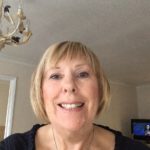 My working background has been very varied, including P.A to the Principal of a London University, Director’s P.A. and Events Manager for a Housing Association, Customer Liaison Manager for a frozen food company and later for a large department store chain. Before the merge of the two synagogues in 2017 I had worked at Hendon for 20 years as Synagogue Manager and Marriage Secretary. Having a much smaller staff at Hendon, my role encompassed all sorts of responsibilities including supporting couples approaching marriage, supporting those sadly bereaved and managing general synagogue matters. It also gave me the privilege of working and supporting Rabbi Steven, other associated Rabbis and various active synagogue committees. I worked alongside four Chairmen [one twice!] and was welcomed to the privy of many hundreds of Council and Honorary Officer discussions, taking minutes and keeping confidential files. I learned so much about synagogue life and the empathy that is needed working within the Jewish community and hope that it has enabled me to bring my combined skills to my role here at EHRS dealing with all matters Membership.

On a personal level I live locally in Harrow Weald with my husband with whom I have two wonderful sons and daughter in laws, five adorable grandchildren and one fluffy white dog. I love walking, particularly on Bentley Priory before work each morning and have completed five JNF fund raising Walks for Water in Israel. I actively fund raise for the British Friends of Israel War Disabled and with my committee colleagues, host a delegation of Israeli war veterans each summer. I also love to travel, particularly cruising and to visit the theatre and cinema all as much as possible. 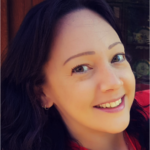 118 Stonegrove is an address that filled my childhood with so much joy and experience, and helped to shape my adulthood. Special friendships were established here for me and I am happy to say that many of those still exist today. Of course I remember it as EDRS, participating in the youth clubs and summer schemes as a young child, and taking to the Bimah to become Bat Mitzvah in 1994. I was trained here as a junior youth leader; from there I decided to take that passion further and study Youth & Community Work at university, filling the role of Part Time Youth Worker in the Community Centre whilst I studied. Apart from my many years in the youth work sector, I have worked in healthcare, customer service management, and as the Community & Membership Administrator at Alyth Synagogue. My role here at EHRS as the Marketing, Communications & Events Officer is constantly filled with creativity, and I thoroughly enjoy working within this, my wonderful community. 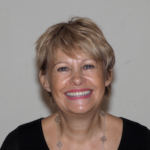 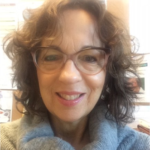 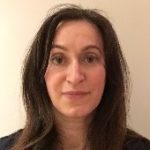