Rabbi Mark Goldsmith is Senior Rabbi at Edgware and Hendon Reform Synagogue. Before joining EHRS in 2019, Mark served Alyth Synagogue in Golders Green from his appointment as Principal Rabbi in 2006, Finchley Progressive Synagogue from 1999-2006 and Woodford Progressive Synagogue from 1996-1999. He gained Semichah (rabbinic ordination) from Leo Baeck College in London where he is now lecturer in Jewish Life Cycle and Homiletics. He was Chair of the Assembly of Reform Rabbis UK from 2011-2013 and Chair of the Rabbinic Conference of Liberal Judaism from 2004-2006.

Mark’s study passion is Jewish Business Ethics. He holds a degree in Management Science from the University of Manchester. He has written and taught on the topic over the past 20 years and served on the Executive Committee of the International Interfaith Investment Group since its foundation, aiming to encourage faith organisations and their members to invest their assets in accord with the values of their faiths.

He loves working with and getting to know people. He is sure that it is the connection and healthy relationships between diverse people of all generations that is the bedrock of Jewish community. This, for him, is the most important aspect of EHRS. “This synagogue’s strength is the commitment and empowerment of its volunteers and the deep and strong relationships between people who have got to know each other through EDRS or HRS and now form one community, making a difference to the Jewish world and their own lives, supported by Jewish values, teaching and practice.”

Rabbi Mark is married to Nicola, who is a Hand Therapist, a specialisation of Occupational Therapy, and is President of the International Federation of Societies for Hand Therapy. They have two daughters, Alice and Miriam.

First Day Pesach Sermon – 74% of us can’t be wrong
A recent Institute of Jewish Policy Research survey shows how Seder is holding up as a Jewish observance - but what quality of Seder? Rabbi Mark's sermon asks how much we put in to preparing our Sederim.

Shabbat Vayikra and Zachor Sermon 2022 – Amalekite behaviour in Moscow
Rabbi Mark Goldsmith's sermon considers the heritage of Amalek, whose name we re remember to forget on this Shabbat, and asks how we can apply this tradition of resisting tyranny to the Putin invasion of Ukraine.

Shabbat Tetzaveh 2022: Showing up as a Philo-Semite
Rabbi Mark Goldsmith's sermon asks us to find ways to value everyone individually when they come to our community, sharing some examples of great Synagogue practice in the USA.

Sermon: Va-Era 2022 – The Millenium Dome, the Great Court and the Architecture of Grandeur
On the secular New Year's Day 2022 Rabbi Mark Goldsmith's sermon asks where the grandeur is in a religion without grand buildings, starting the journey 22 years ago in the Millennium Dome.

Vayechi Sermon 2021: May You be like Sarah, Rebeccah, Rachel, Leah, Ephraim and Manasseh
Rabbi Mark Goldsmith asks why our traditional Shabbat blessing for boys asks that they are like Ephraim and Manasseh, the children of Joseph and his Egyptian wife Asenath.

Sermon: Vayiggash 2021 – The Jewish community cannot build on a whim of the Department of Education
Rabbi Mark Goldsmith's sermon comments on the extraordinary growth of Jewish Day Schools in the past 25 years. He cautions that Jewish community cannot be built on the whim or willingness of the UK Government Department of Education to fund our schools. 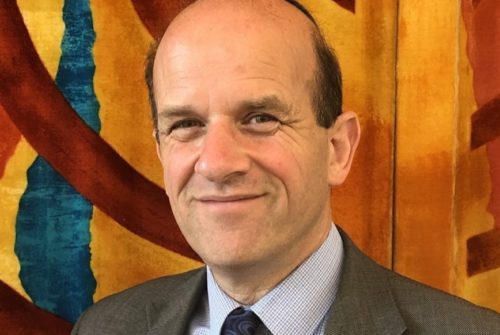 Sermon for Toledot 2021 – Changing the story at COP-26
Rabbi Mark Goldsmith was at COP-26, the United Nations Climate Conference, on behalf of EcoSynagogue. What will be the narrative of the middle of this century? Devastating climate change or human change that keeps us all safer? 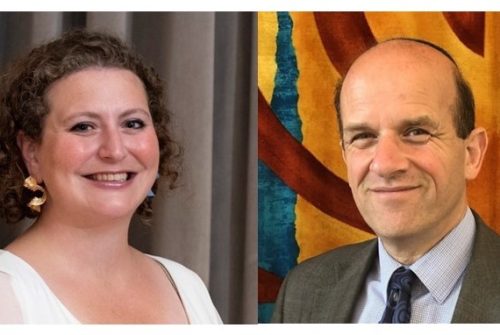 Bereshit Sermon 2021 – Is humankind really very good?
Rabbi Mark asks, if humankind is described by God as 'very good', then very good compared to what?