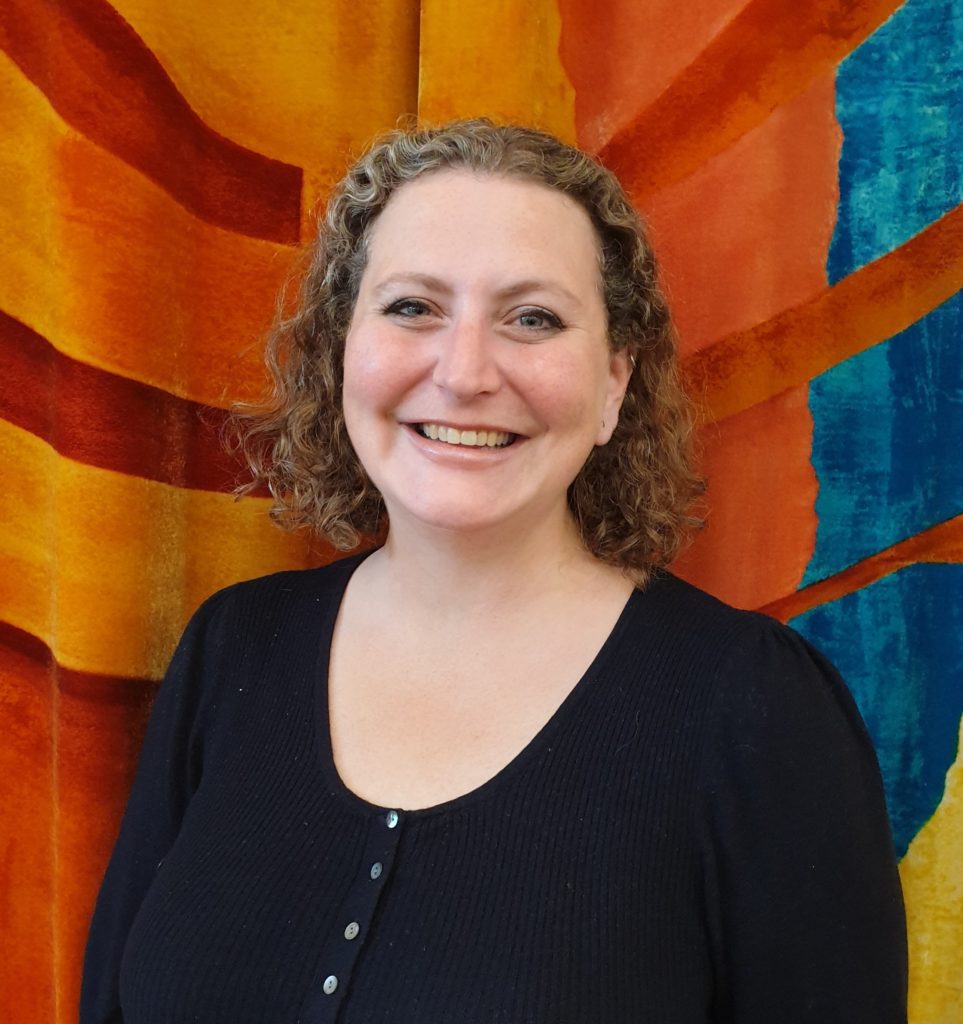 Rabbi Debbie grew up down the road in Radlett, and attending RSY’s Shemesh every summer. She went to university as far away from a Jewish community as she could find, in Lancaster, where she majored in Religious Studies, focussing on Hinduism and Judaism. She ended up running the JSoc, setting up a 5 way dialogue society and half way through her studies realised what many others had suggested years before, that she wanted to be a Rabbi. After working as Student Fieldworker for RSGB, studying at The European Centre for Jewish Studies in Stockholm and working for the Council of Christian Jews, she began her studies at Leo Baeck College, where today she is a lecturer on Religion and Dialogue.

She wrote her final thesis on What women have done with Niddah, and is known for her creative Mikveh liturgies. She is also co-chair of the Mikveh Project UK’s education and liturgy group. She received semichah in 2009 and was part of the Rabbinic team at WLS until 2013, when she joined Reform Judaism as their Community Educator, where among other things she produced a new National curriculum for conversion courses. She has been published in several books ranging from interfaith topics to liturgy. She is a regular broadcaster on Radio 2’s Pause for Thought, news reviews on BBC London and BBC 3 Counties Radio (where she recently hosted the Sunday Breakfast for a year).

She is married to Gary (who is a rabbi in his own right, qualified to answer questions on kashrut) and they are tired parents to Eliana, 7, and Michah, 4.

Korach – Reform Judaism at 80
What does it mean for Reform Judaism to enter the life stage of 'strength' at 80? And are we able to let go of our Korach-like jealousy?

Beha’alotchah – Moving us On
Shofarot and Trumpets - do they do the same thing for different parts of our lives?

Bechukkotai – Will everything be alright?
There are many answers to the question why do bad things happen to good people...

Kedoshim – Holiness and the Holocaust
Rabbi Debbie reflects on her journey with the March of the Living on an Interfaith bus, and asks where Kedoshim - (you will be) Holy comes into it... if it can.

Acharei Mot – Hypocrisy and Reading Torah
Why have so many people focussed on one line of this week's portion (and it's seeming prohibition of homosexuality) and nothing else around it?

Shabbat HaGadol
Can Pesach speak to us today?

Shabbat Parah – Covid Memorial Service
Rabbi Debbie reflects on the journey of the Covid 19 Pandemic over the last two years - its challenges and losses, and what has brought strength and comfort

Shabbat Terumah – Are you not a shul goer?

Shabbat Mishpatim – The Ever Changing Journey of Jewish Law

Shabbat Beshalach – Freedom and Responsibility
Freedom is not unbounded

Shabbat Mikkeitz – Joseph, Jason and the Children’s choir
Empowering our young people (and enjoying our Judaism!)