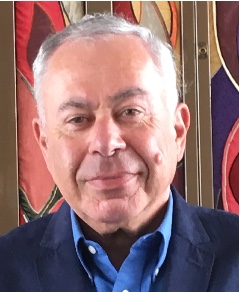 Rabbi Steven Katz was ordained, by his father, Rabbi Dr. Arthur Katz, at a Leo Baeck College ceremony at the Liberal Jewish Synagogue in 1975. Later that year, he was inducted as Associate Rabbi at Hendon Reform Synagogue, again by his father. Soon after this, Dr Katz suffered a serious car accident and so, shortly after his ordination, Rabbi Steven undertook the burden of running the religious side of the synagogue single handed. Although doubtless traumatic, it obviously succeeded.

When Dr Katz retired and became Rabbi Emeritus, Rabbi Steven became Senior Rabbi and over the years he has been Chairman of the Assembly of Rabbis and has served on the Sacré Committee which is a Borough of Barnet committee which helps to regulate the teaching of religious faiths throughout the Borough.

In 1999 Rabbi Steven Katz was one of the six finalists in the Preacher of the Year contest organised by The Times. A great achievement in the first year Rabbis were able to enter the contest. Not that regular attenders at HRS were surprised!